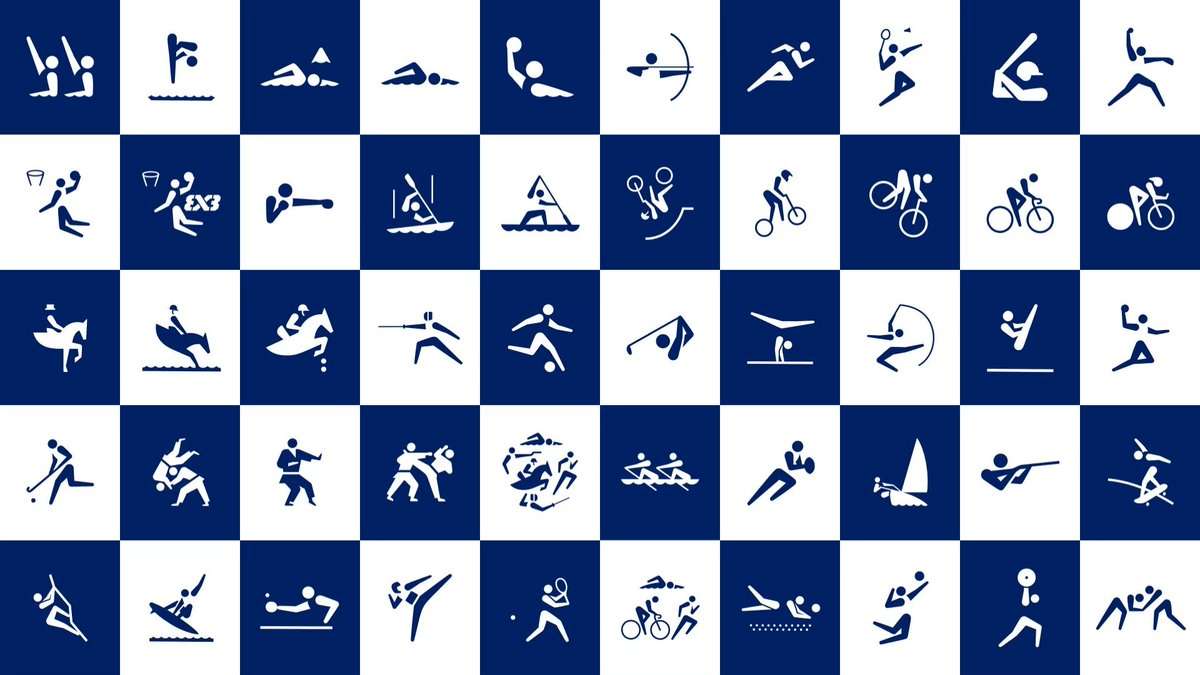 A year ago, the 2020 Tokyo pictograms designed by Masaaki Hiromura came to light. Now, and for the first time in the graphic history of the Olympic Games, they are animated; a work that brings interest and value to the image of the Tokyo 2020 Olympic Games.

Considering that the icon design is inspired by the 1964 Tokyo Olympics (the first year pictograms were used and the year the first games were held in Asia), it is not surprising that it is fair in this edition that is celebrated in Japan where it is innovated again with regard to the pictograms.

The Tokyo 2020 animated pictograms were made possible by the work of the Japanese animator Kota Iguchi. Each of the more than 50 pictograms has its own movement depending on the type of sport they represent, in blue on a white background. According to Iguachi, it took more than a year to complete the project.

The original pictograms arose from the need to visually communicate with an increasingly international group of athletes and spectators, explain from the Tokyo Organizing Committee

The original 1964 pictogram system was developed by a team of designers led by Katsumi Masaru and inspired by Austrian graphic designers Otto Neurath and Gerd Arntz. It featured just 20 pictograms and focused largely on a combination of perfect circles and straight lines that were “simple and beautiful, and understandable to everyone.” Great designers have designed pictograms for the games, including Lance Wyman for the 1968 Mexico Olympics and Otl Aicher in 1972.

These new animated pictograms of Tokyo 2020 will appear both in places where signage support is needed and on the organization’s website and social networks.